(AP) The city has agreed to pay $2 million to settle a lawsuit over the death of a 67-year-old man in a police lockup, a case that produced an extraordinary rebuke from a judge about the performance of Detroit’s lawyer.
James Stone, arrested for a parole violation, had a heart attack and died in August 2005 at the police department’s Second Precinct. Lawyers for his estate said he complained for hours about chest pain but no one took him to a hospital.
The case was settled Monday for $2 million before a jury was picked in federal court, said Towana Tate, a lawyer for Stone’s estate. City lawyers declined to comment on the financial terms.
Earlier this month, U.S. Magistrate Judge Steven Pepe accused the city of “egregious misconduct” during the discovery phase of the case.
Stone’s estate complained that Detroit’s attorney, Jacob Schwarzberg, repeatedly failed to follow orders and turn over documents, a routine procedure in civil lawsuits.
“I’m frank to say in 25 years I can’t remember a case in which discovery has been so halting, so much delayed, so piecemeal and so poorly performed,” Pepe said in court on Jan. 9.
Schwarzberg said he was “very embarrassed.”
“This case is the case from hell for me,” he told Pepe, according to a transcript. “I don’t know why. But it’s like I can’t do anything right in this case.”
Moments later, Schwarzberg asked a question: “Does the court have a .38-caliber somewhere? … My head is going to explode.”
In an interview, Schwarzberg said his comment about a gun stemmed from frustration and was not serious.
Pepe took the rare step of recommending a default judgment against the city because of the pretrial problems. Schwarzberg filed an objection — a day after the Feb. 13 deadline.
U.S. District Judge Denise Page Hood, however, did not make a ruling before the case was settled this week.
Schwarzberg and his boss, Krystal Crittendon, head of the Detroit law department, declined to comment on Pepe’s tough critique. 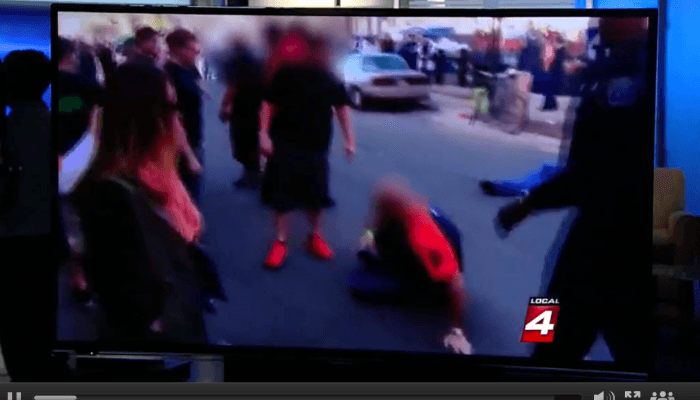 DETROIT | Two men who claim they were violently thrown out of Detroit’s Old Shillelagh bar last spring have filed a lawsuit.

According to the lawsuit filed by Kevin Khami and Phillip Yatooma, they were at the bar celebrating the Detroit Tigers Opening Day on March 29, 2014 when they were ejected from the bar, punched and knocked down to the ground by two bouncers.

The incident started when the plaintiffs’ wives went to the bathroom at the bar and were gone for a long enough time that Khami become concerned and went to look for them.